Whitby continues to draw huge visitor numbers throughout the year. Whitby attracts visitors from around the globe because of the rich mixture of coastal and countryisde scenery, maritime heritage, ancient history and proximity to a wide array of nearby attractions such as the North York Moors Steam Railway, historic York and Heartbeat Country. And many of them choose to stay in one of the town's wonderful bed and breakfast establishments. 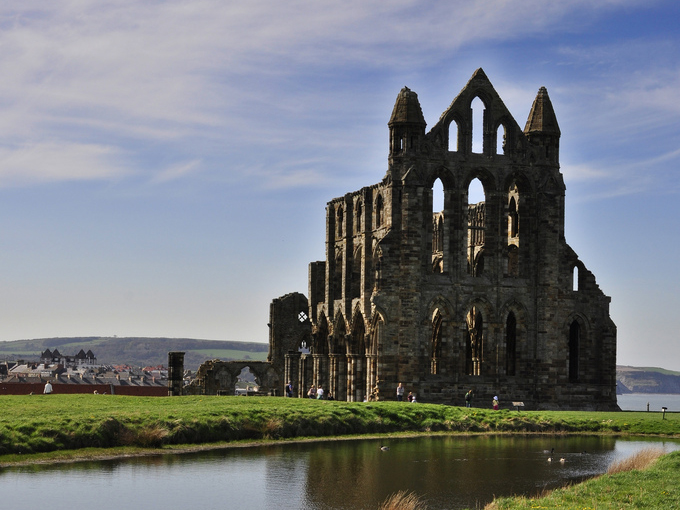 Whitby is the jewel in the crown of the North Yorkshire Coast. Nestled between the tall cliffs at the mouth of the River Esk, Whitby has been inhabited since around 656AD. Nearly 1500 years of continuous habitation surely shows that there's something to the Whitby area which continues to draw people in and offer them something they don't find anywhere else!

From the dramatic position of the famous Whitby Abbey ruins on the East Cliff, to the magnificence of the sandy beach running 3 miles up the coast to Sandsend, no-one can say that our portion of coastline isn't beautifully rugged.

Whitby is a picturesque Yorkshire fishing town. Providing many wonderful attractions inluding the famous Abbey and Whalebone Arch, the East and West Piers, St. Mary's Church and the 199 Steps as well as a myriad of shops, cafes, pubs and restaurants as well as it's extensive sandy beach, Whitby is one of the top seaside destinations in the country. 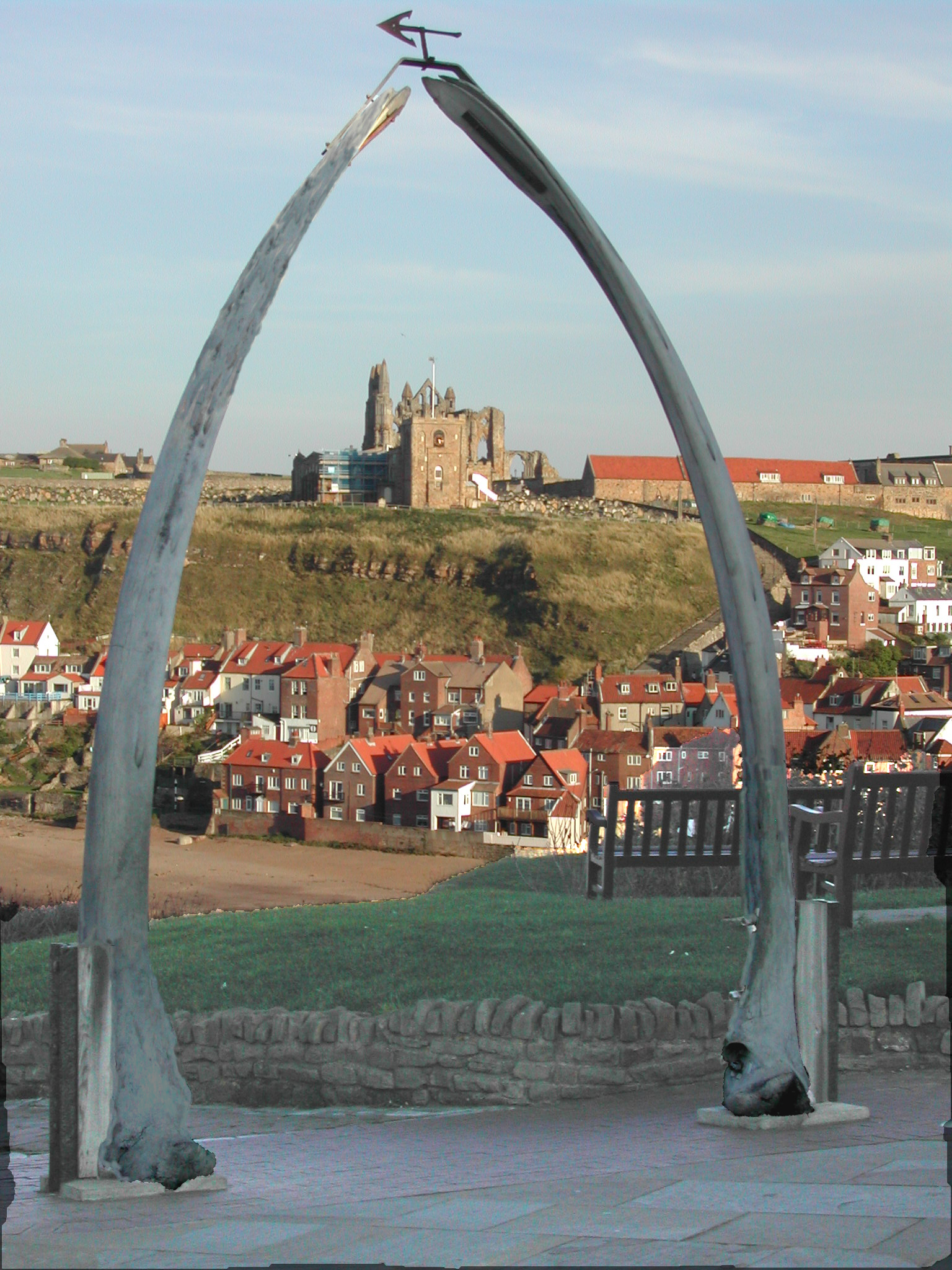 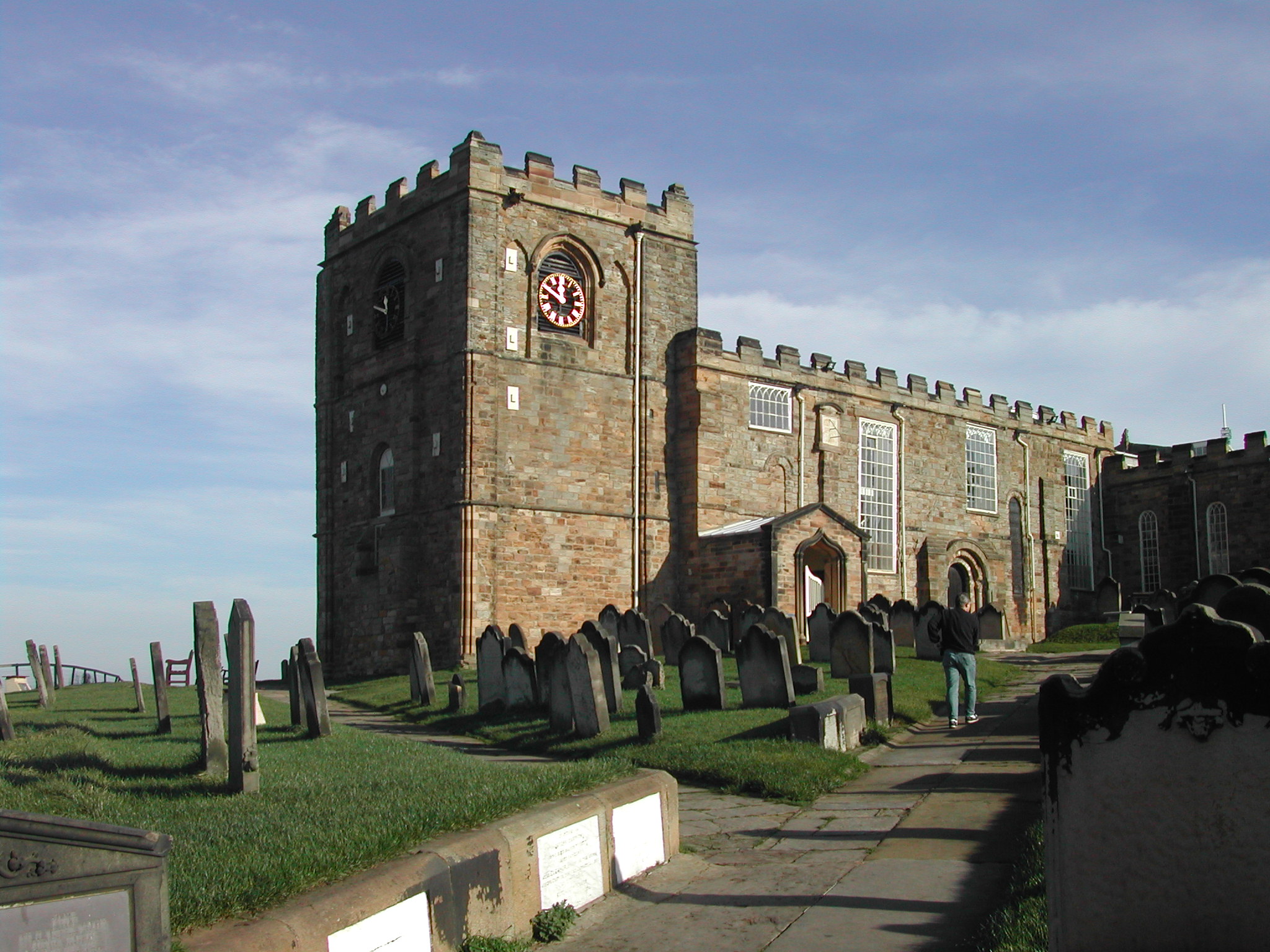 Whatever the weather, you'll always find something to do in Whitby. With several boats offering short cruises down the coast or fishing trips of various lengths the harbour is always a hive of activity. Sample some fish & chips from one of the many restaurants or takeaways and have a look around the cobbled streets of the old town and the market square.

Within easy reach of the North York Moors

Head inland from Whitby and you're entering the North York Moors National Park. At around 550sq miles it is one of the largest expanses of natural heather moorland in the UK, but it's home to only 23,000 people, which is why you can always find and quiet and peaceful corner of Yorkshire for some rest and relaxation!

And what is there to do here? Not a lot, you may be thinking. But you'd be wrong! The North York Moors National Park is home to the North York Moors Steam Railway, running from Whitby to Pickering with a big junction at Grosmont where you'll also find the engine sheds. This is an amazing way to see the wonderful scenery of the National Park, with the railway winding it's way through the undulating moorland. Experience the purple heather in late summer, the browns and earth tones of autumn or - for the more adventurous - enjoy the crisp perfect white of a snow covered landscape in the winter. Whenever you decide to embark on your steam-powered journey it's sure to be the most memorable day! 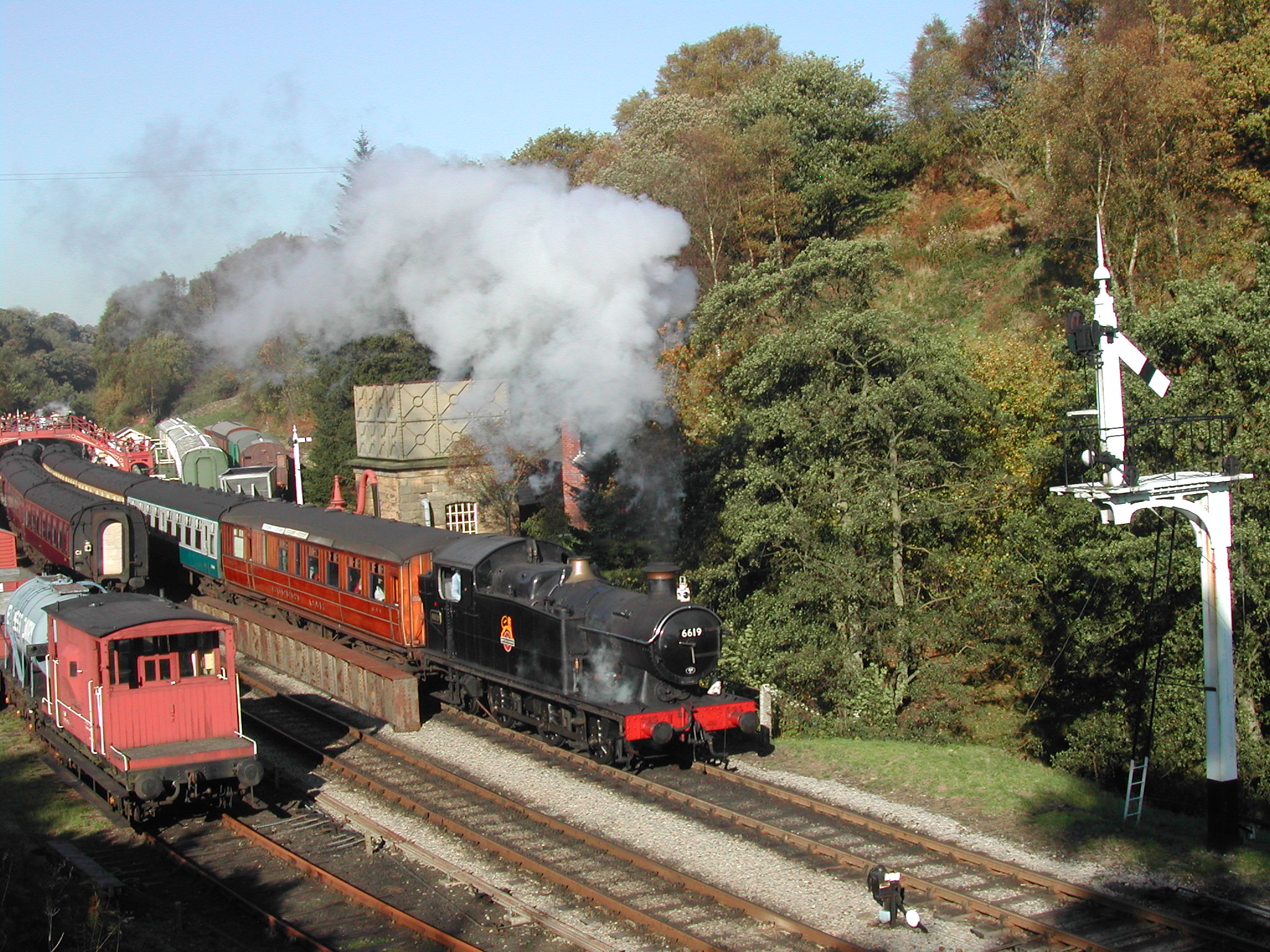 Dalby Forest is a large expanse of managed woodland in the heart of the Moors. Home to some of the best mountain bike courses in the country, as well as Go Ape, a great visitor centre and plenty of woodland and moorland walks such as visiting the Bridestones - some of the most dramatic rock formations you'll ever see.

With a huge array of public footpaths and bridleways, there's nothing stopping you from experiencing just about every corner of the North York Moors on foot - and don't forget to take your binoculars so you can enjoy the sights and sounds of our local wildlife too. Everything from badgers, foxes and deer to birds of prey and if you're near the coast, dolphins, seals and even whales are regularly sighted.

If you enjoy the attractions of a larger town or city, then York has everything you'll need! A rich history combined with all modern conveniences, York is a medieval walled city, and features the dramatic Minster in it's heart.

Access is easy via the A169 to Pickering, then get the Park and Ride from Monks Cross, where you'll also find some of the larger shops such as John Lewis. 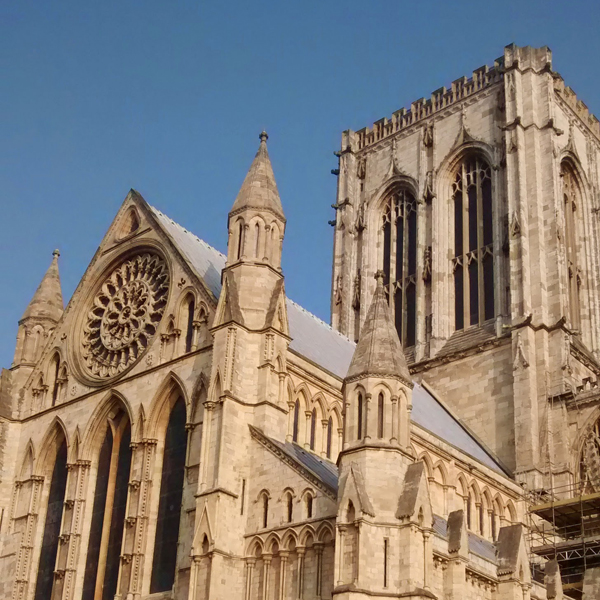 Make sure you give yourself a good day to take in all that York offers. You won't be short of things to do and see, such as the Jorvik Viking Centre, the amazing street performers (weather permitting!) and the fantastic shops. You could even take a tour on the river, and if trains are your thing, make sure you visit the excellent York Railway Museum.

There are restaurants and independent cafes, bars and pubs by the bucket load in York, so make sure you take the time to choose wisely - there really is something for everyone!

The Esk Valley has been made famous as the filming location for ITV's 'Heartbeat' programme. Just a few minutes drive from Whitby you'll find a selection of  beautiful villages located on the banks of the River Esk which flows 28 miles from its source in Westerdale. 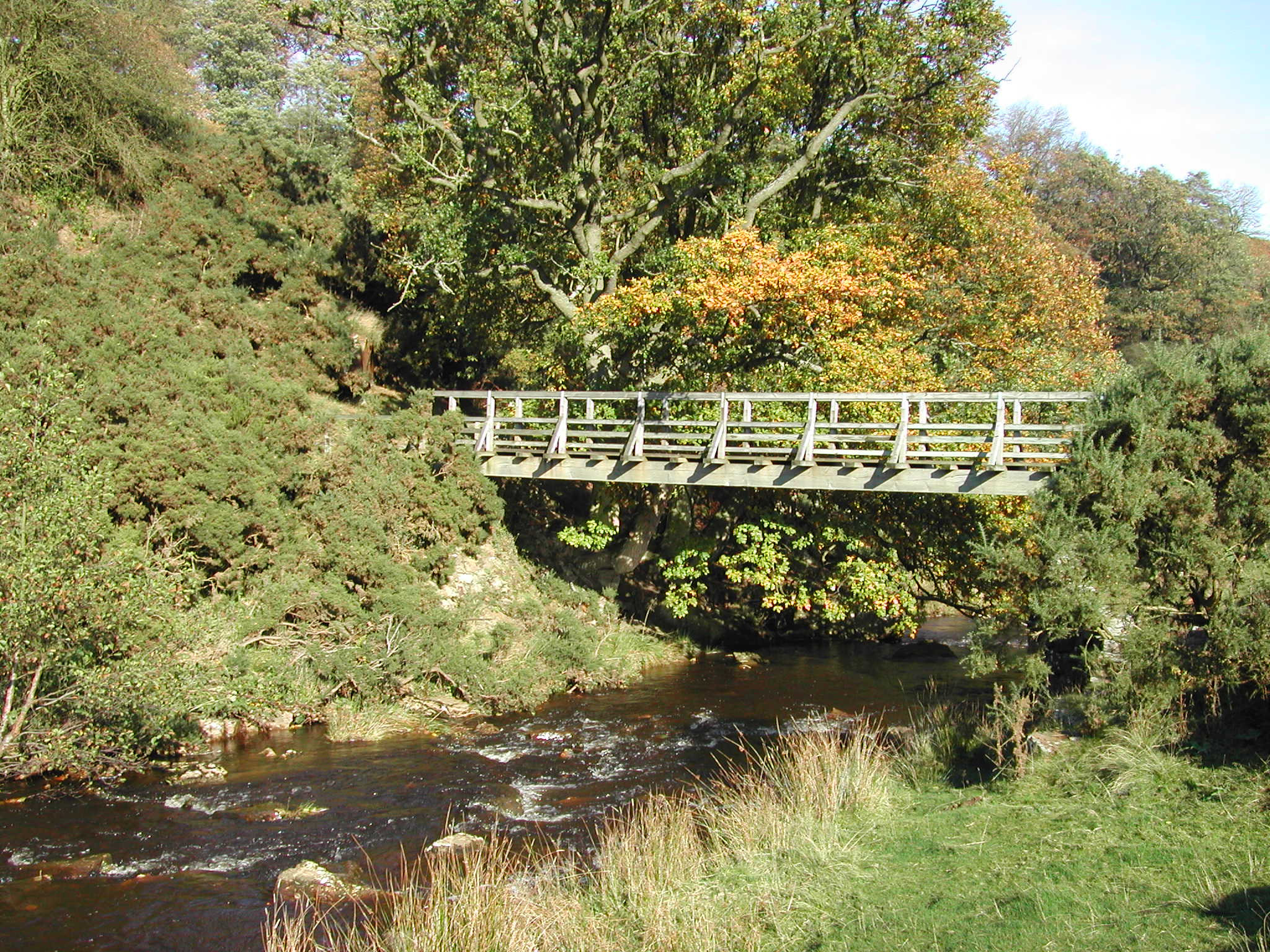 Villages such as Goathland, Egton, Danby, Lealholm and Castleton all offer a range of local amenities inlcuding comfortable and welcoming villages pubs and shops, and are the perfect places from which to begin a walk into the North Yorkshire Moors.

The North Yorkshire Moors Steam Railway passes through the village of Grosmont on its way between Pickering and Whitby so is a popular destination particularly through the summer months.

With spectacular views, picturesque villages and a wide choice of footpaths and trails to follow and enjoy, the Esk Valley is one of Yorkshire's most beautiful areas and certainly worth exploring whilst staying in the area. 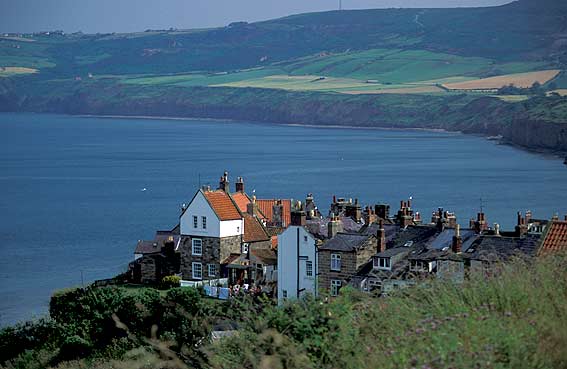 We share the same stretch of coastline as the nearby villages of Robin Hood's Bay and Staithes, both famously well-known locations in their own right. But between the three villages mentioned the picturesque beauty of the coastline varies dramatically. From the rocky scars stretching out into the North Sea at Robin Hood's Bay, with the world-famous view of Ravenscar, to the tidal harbour of Staithes.

Of course there are other villages perched on the cliffs within easy reach of Whitby - Runswick Bay for instance, Sandsend, Lythe and Kettleness. Our coastal location on Whitby's West Cliff provides plenty for all to enjoy - with cliff-top walks and the disused railway path providing excellent access to the most amazing scenes.

We could stop here. Surely the best coastal scenery in the country is enough of a draw, but of course, there is so much more to enjoy!

To the south of Whitby lies the village of Robin Hood's Bay which is a fantastic location for a day out at the beach. With a myriad of winding streets and alleys in the old village, a selection of pubs, shops and galleries as well as a beach which provides both sandy expanses stretching south to Ravenscar and thousands of rock pools to explore, Robin Hood's Bay really does have something for everyone.

Moving north from Whitby you'll find a selection of coastal villages including Staithes and Runswick Bay which also offer wonderful beaches and quaint villages, appearing much as they did 100 years ago. 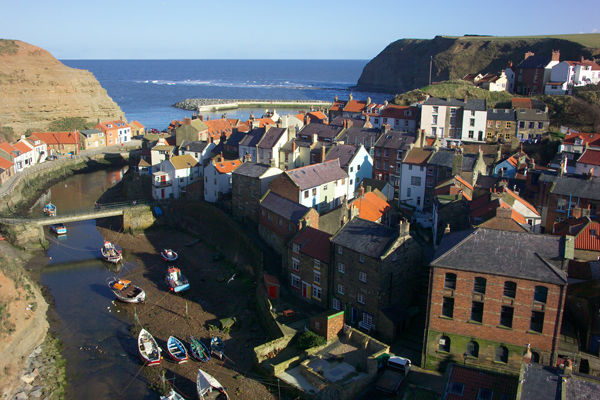 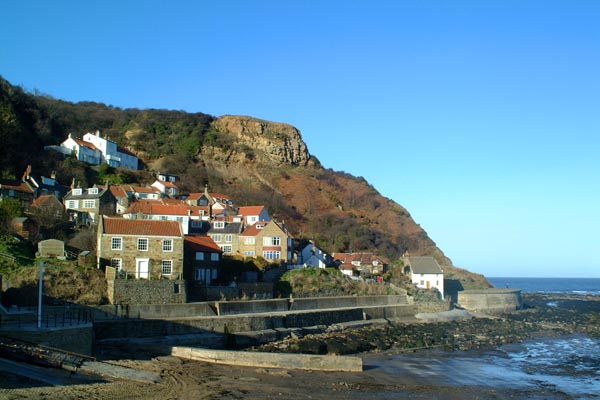 The Cleveland Way footpath follows this stretch of coastline enabling those who are a little more adventurous to enjoy a walk along the coast providing some of the finest views in the county. Whitby to Robin Hood's Bay as approximately 7 miles and takes about 2-3 hours to complete.

But perhaps York's a bit big for your needs and you'd prefer something a little more intimate, in that case the North York Moors is home to a number of sleepy market towns, here are a couple of favourites:

25 minutes or so from Whitby you'll find Pickering - a small but perfectly formed market town offering all that you would need for a day out. A main station for the North York Moors Steam Railway, but also home to a couple of excellent museums and independent cafes, restaurants and bars to suit all tastes. 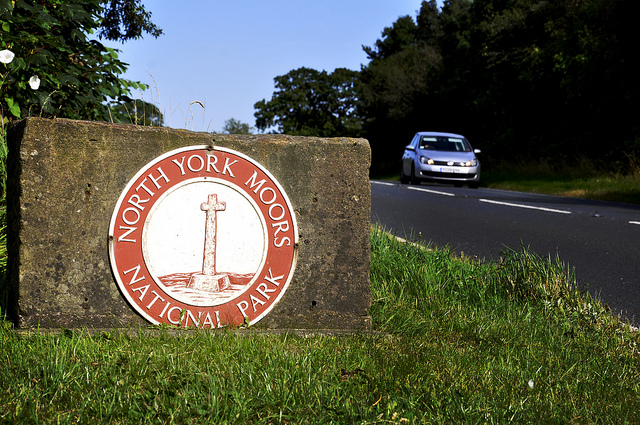 Pickering is also home to a historic castle, now owned by English Heritage and open throughout the year, as well as an ancient church in the centre of town.

There is a great selection of small shops and a fantastic Flea Market to explore. If you've got a day, or even just a couple of hours to fill, Pickering will cater perfectly to your needs.

Continue on on the A170 from Pickering you'll find yourselves in Helmsley, another historic market town also featuring a fantastic ruined castle. With an excellent market and plenty of independent shops, pubs and picturesque streets to explore, Helmsley is well worth the journey, as a taste of all that is great about rural Yorkshire!

Fish and Chips by the Bucket Load

And so we return to the opening statement. Of course, there is more to Whitby than Fish and Chips, but that's not a reason to exclude them from this list!

With the best Fish and Chips shops in the country on our doorstep, you probably find somewhere different every lunch and tea time for a week, and still not sample them all, so choose wisely!

The Magpie takeaway is also excellent, as is Quayside next door - who won another award this year. Hadley's is a Whitby favourite, as is Mr Chips on the other side of the road.

Touched on elsewhere, but worth mentioning independently, Whitby has one of the richest histories of anywhere in Yorkshire. Having been the place where the date of Easter was formally decided and inhabited since before 656AD if you're interested in history you'll find more than enough here.

Take a trip to Whitby Museum in Pannett Park to explore some of Whitby's historic events and periods, and if you're interested in finding out more they'll be happy to point you in the right direction.

Whitby itself is of course, a massive attraction. You could sit on the harbourside for days, people watching, and not get bored. The beauty of our tidal harbour is unrivalled, with the wonderful Swing Bridge opening it's mouth to let the boats in and out. Head further towards the coastline and you'll see the majestic Piers jutting out into the savage North Sea, protecting all that would find shelter in our coastal community. What's not to love?! 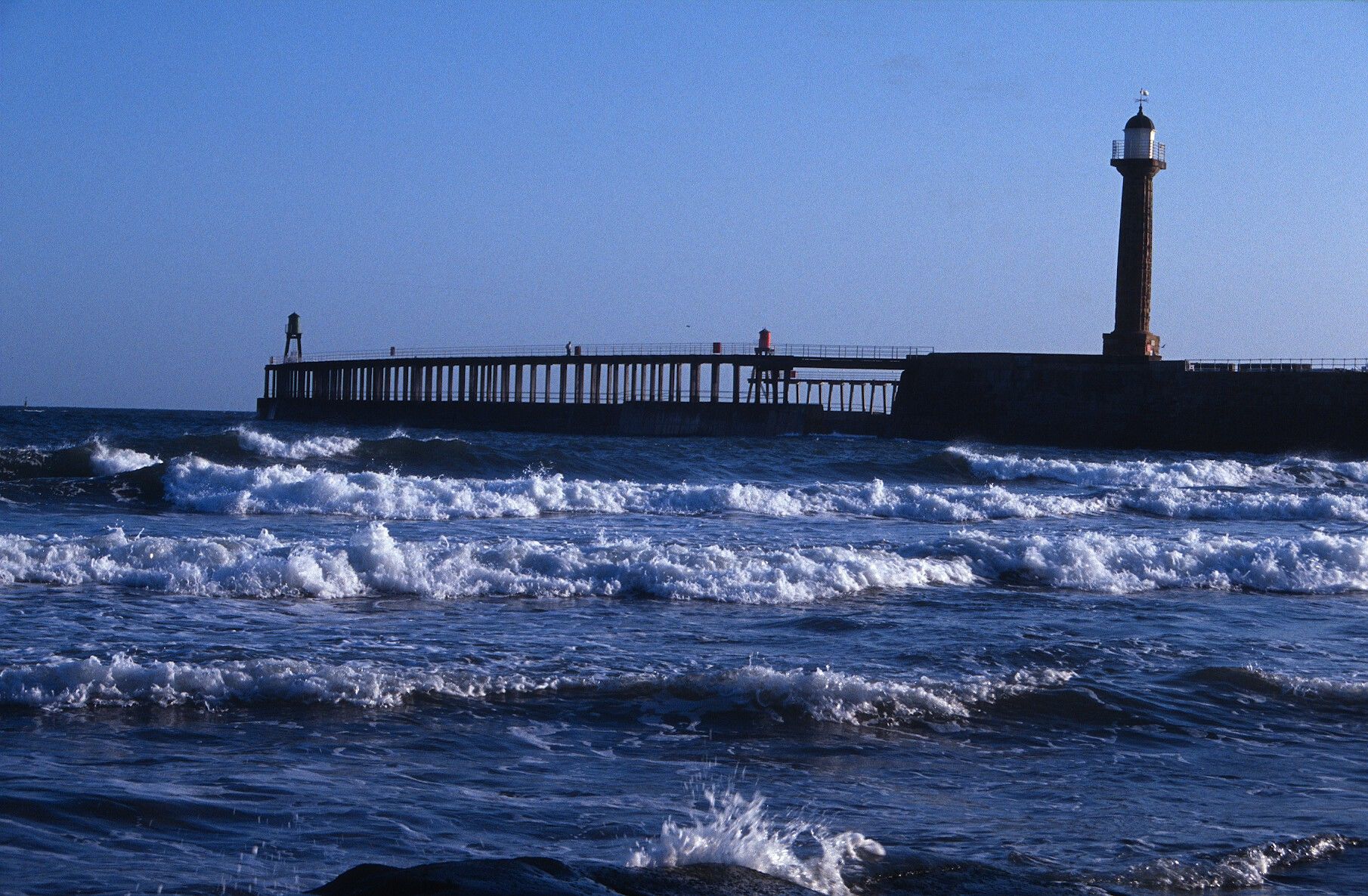 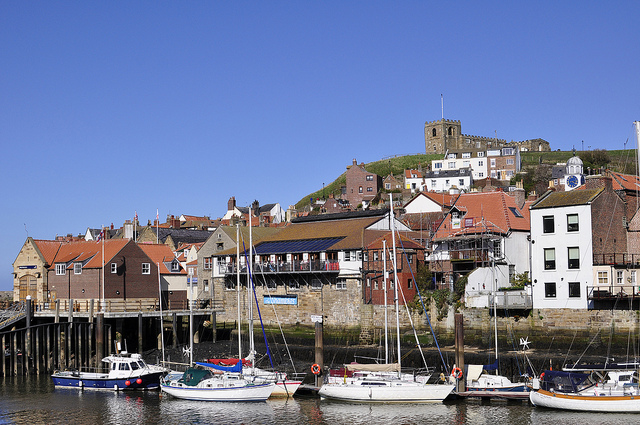 Whitby is full of independents. It's the independent spirit which makes Whitby so special - it's a place and a people unlike anywhere else! Head over to Church Street, Sandgate and the Market Place and you'll find a wide array of amazing businesses, from small record shops to Jet jewellers, skincare specialists and outdoor clothing and accessories. Not to mention pubs, cafes and art galleries.

Stay on the west side of town and head up Flowergate and onto Skinner Street and you'll experience more art, the fantastic Whitby Deli, town centre services such as all the major high street banks, cafes, Bothams, Dr Crank's Bike Shop and Musicport - for everything from a Ukulele to a fairly-traded gift.

With new shops and businesses opening every few weeks, Whitby sees a fair amount of turnover of premises - which is why there's always something new and interesting to see. Go on, take yourself window shopping, you never know what you're going to find!